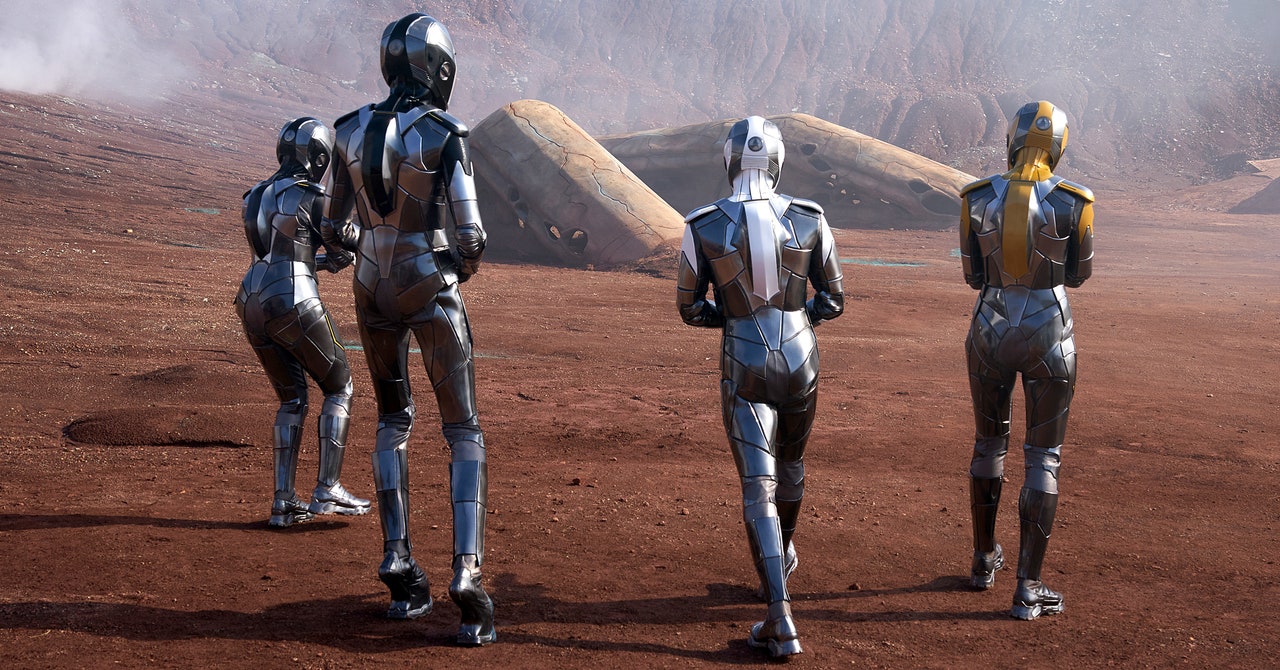 How Sci-Fi Changed Who Gets to Go to Space

In the 1930s, three decades before Neil Armstrong became the first person to set foot on the moon, Buck Rogers had his own Western-like space adventures—in comic books and on the silver screen. When NASA got off the ground in the 1960s, the first generation of astronauts looked just like him: all white men, just without ray guns.

A half-century later, sci-fi has shot past real-world space programs. There are still Buck Rogerses in the 21st century, but there are also Star Trek: Discovery’s Michael Burnham (Sonequa Martin-Green) and Andor’s Cassian Andor (Diego Luna), characters that show the breadth of diversity in the world in the way early sci-fi, and early NASA, never really did. Shows like those, as well as series like The Expanse and Foundation, have remained strides ahead of the US space agency, which is just now preparing to send the first woman and the first person of color to walk on the moon in 2026.

“We have this Star Trek vision of men and women of different races working together, which first aired in 1966 in the midst of the civil rights movement and the beginning of the second wave of the women’s movement,” says Margaret Weitekamp, a historian at the National Air and Space Museum and author of the book Space Craze: America’s Enduring Fascination with Real and Imagined Spaceflight, out today. “That is something that has become an ideal and that we also know was used by NASA in the late 1970s to recruit a more diverse class of astronauts for the space shuttle program.”

The members of NASA’s first batch of astronauts, the ones that assembled before Trek premiered, all looked similar to each other. Weitekamp points out that when those men got together for photos—they were all white, Christian, married, military-trained jet pilots—they had to stand in alphabetical order so that those writing the captions wouldn’t get them mixed up. Such an image would appear jarring to most people today, and even to some back then. But Trek and its creator, Gene Roddenberry, offered a very different view of the future—one they hoped could steer things in the present. In the late ’60s, Martin Luther King Jr. convinced Nichelle Nichols to keep playing Uhura on Star Trek because, he said, “When we see you, we see ourselves, and we see ourselves as intelligent and beautiful and proud.” Nichols went on to launch a campaign to bring diversity to NASA, shooting recruitment videos and traveling to universities looking for astronauts. In 1978, 8,000 Black, Asian, and Latinx men and women applied to NASA’s astronaut class; of the 35 new recruits, six women and four people of color were among them.

In 1983, long after the Apollo moon program, the US launched the first American woman, Sally Ride, and the first Black American, Guion Bluford—both members of that first class Nichols recruited—into space. Europe first sent women astronauts to space in the early 1990s. The Soviets were ahead of everyone, launching the first woman and the person of color, Valentina Tereshkova and the Cuban cosmonaut Arnaldo Tamayo Méndez, in 1963 and 1980, respectively.

But while more women and people of color have traveled into low Earth orbit and to the International Space Station over the past couple of decades, they’re still very much in the minority. Of the 600-plus people who have gone to space so far, only 75 have been women, and 18 have been Black, five of whom were Black women, led by Mae Jemison.