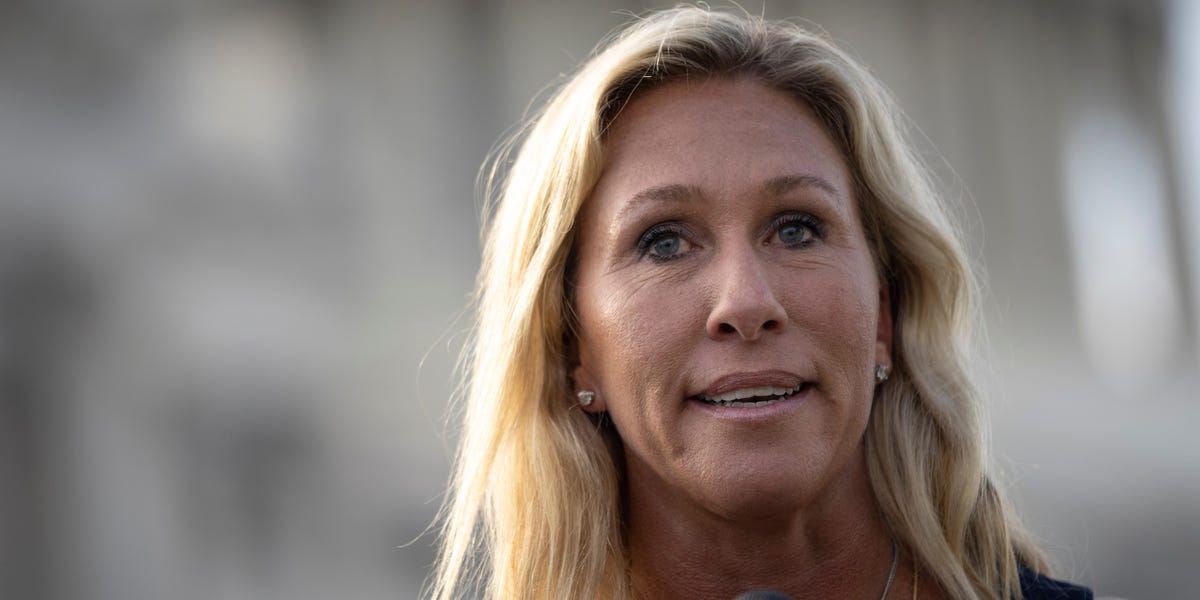 Republican Rep. Marjorie Taylor Greene’s official Facebook pages are filled with photos and memes of her that range from kooky to misogynistic — one calls her a “whore” and another depict her as a cavewoman.

They’re sprinkled among typical political photos of Greene: grinning with President Donald Trump, speaking at GOP dinners, mugging for the camera with constituents.

It appears Greene did not adjust her Facebook privacy settings to prevent people from tagging her on images, which has resulted in distasteful content appearing on her “tagged photos” page for most anyone to see.

Adjusting one’s privacy settings to prevent tagged posts from appearing publicly on one’s Facebook site takes a few mouse clicks and is basic social media hygiene for most political candidates — as well as many Facebook users who don’t hold an elected office.

One photo calls Greene “the whore of Congress.”

Another one depicts her as a cavewoman.

And another one features her in clown makeup.

Greene, who earlier this year endured a 24-hour suspension from Facebook for posting COVID-19 misinformation, did not respond to Insider’s requests for comment.

The freshman congresswoman from Georgia is up for reelection in November in a race where she is heavily favored. She faces Democrat Marcus Flowers after handily defeating five challengers in a GOP primary race.