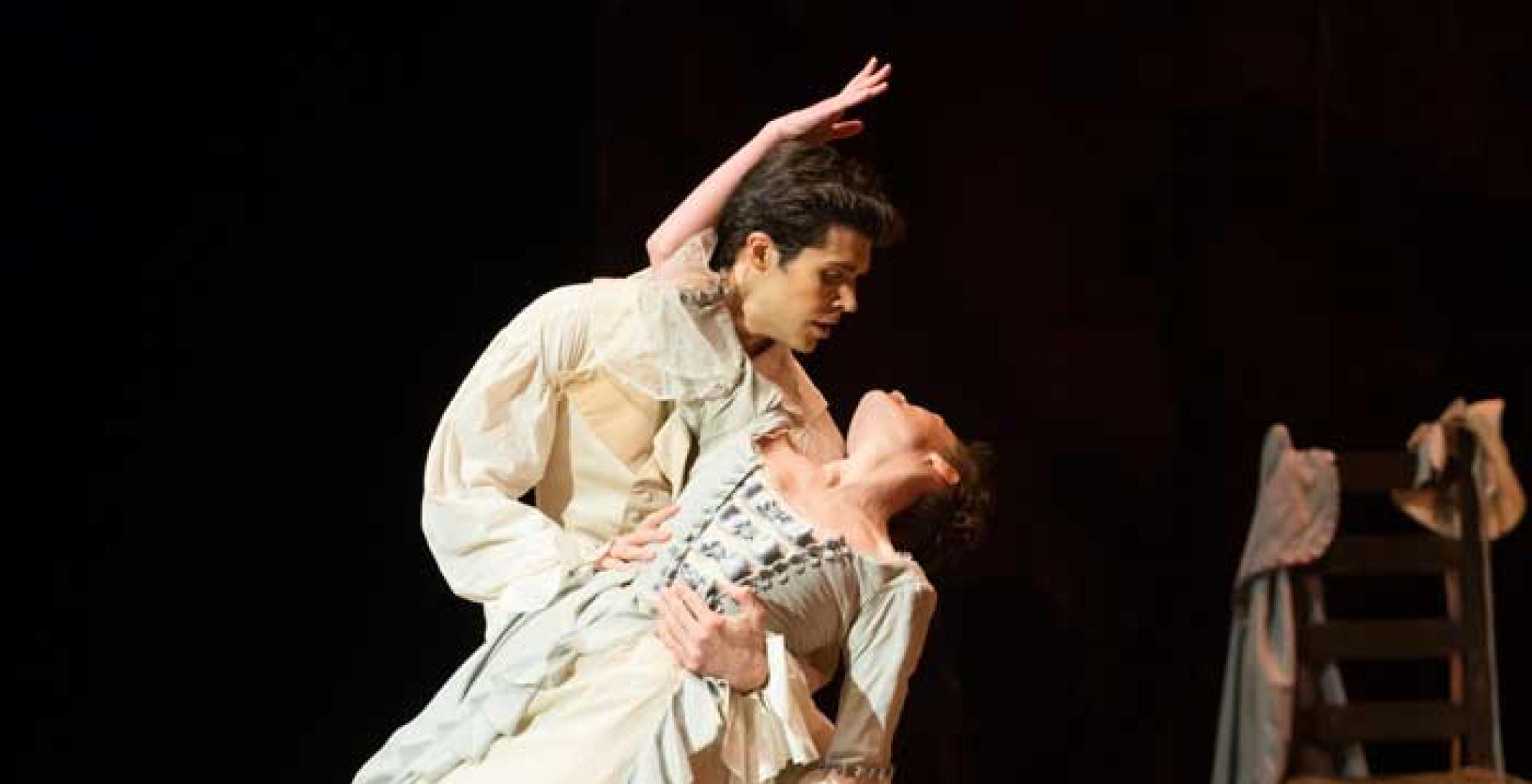 Sleeping Beauty and vampires. This unlikely pairing is the crux of Matthew Bourne’s production (which premiered in 2012) and the conceit actually makes sense: if Aurora is trapped in an enchanted sleep for 100 years, how is her true love going to wait it out? A spot of immortality should do it.

When evil Carabosse appears in black feather wings, gesticulating wildly with great booms of thunder crashing against Tchaikovsky’s music, it sets the melodramatic tone. You just have to go with the OTT theatrics. Bourne crams a whole load of his favourite things into this show: the fairytale twist, period details, farce and comedy of manners, visual humour (there’s a puppet baby that gets the biggest laughs) and Lez Brotherston’s extravagant designs.

It’s cheering that Bourne gives Aurora (Ashley Shaw) a proper love story, rather than marrying the first man who kisses her (without her consent). Shaw, a real starlet who glows with youthful spirit, has genuine chemistry with hunky gardener Leo (Andrew Monaghan), and they are gleeful in each other’s company. The obstacle to their happiness, however, is Carabosse’s son, Caradoc, seeking vengeance, and Paris Fitzpatrick is excellently creepy in the role, provoking both attraction and repulsion in his duet with Aurora. The three of them keep the story going on its surprising tangent while the choreography hurries around them, the adrenalised orchestra (recorded, not live) romping through Tchaikovsky’s allegros.

Strange as it sounds, you don’t really go to a Bourne show for the dancing – not for the individual steps that is, more the complete effect. It’s about playing to the gods, rather than the nuances of inner lives. Still, there is a lot of choreography in this one, from the characterful fairies who dance like a giddy gaggle of overenthusiastic aunties, to the denizens of a nightclub dressed in red velvet and black leather, in some gothic/baroque/Ann Summers mash-up. It’s a good cast all round. Dominic North as Count Lilac seems a bit underpowered, unusually, but newcomer Enrique Ngbokota is quick and sharp and great to watch. Enjoyable drama with a capital D.