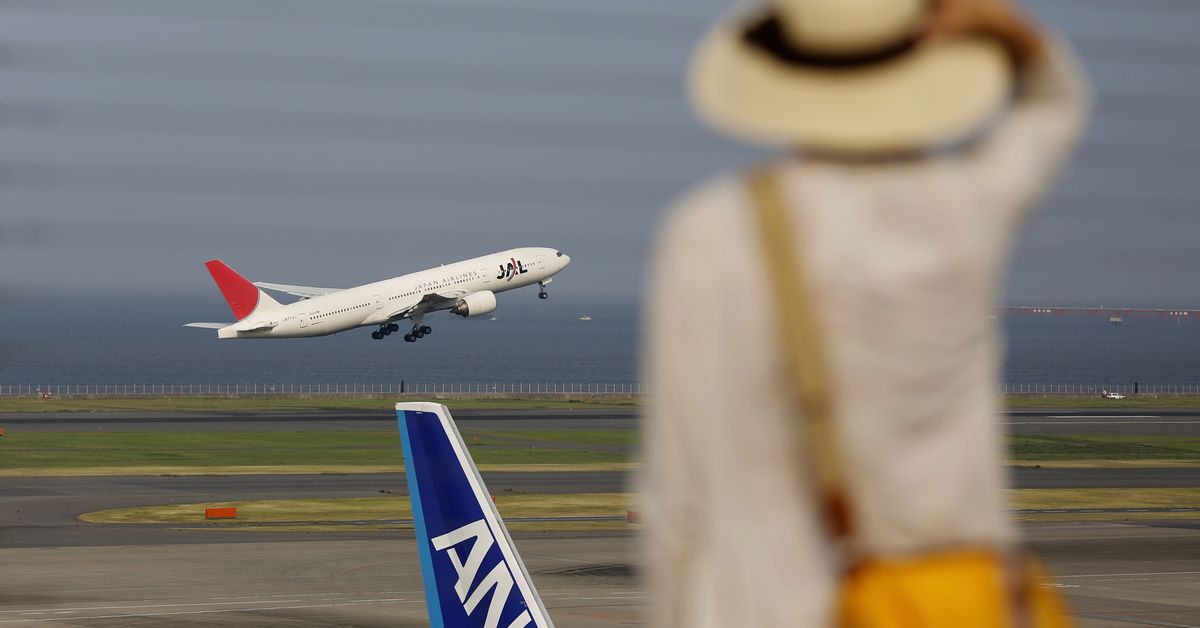 Airlines, travel agents and fuel producers are now offering corporate customers the opportunity to buy SAF not linked to individual flights, as companies go beyond cheaper carbon offset options like planting trees to reduce the environmental burden of flying.

The industry move toward a “book and claim” accounting system like that used in the renewable electricity sector allows for greater flexibility given the relative scarcity of SAF, which uses feedstocks like cooking oils to reduce emissions by up to 80% from conventional fuel but is available only at limited airports globally.

In a recent deal announced by Qantas Airways (QAN.AX), five companies will pay a premium to reduce their emissions by contributing to the cost of the airline using SAF supplied by BP (BP.L) at London’s Heathrow Airport.

The companies involved can claim an emissions reduction to be used for a variety of potential purposes that is not linked to their business travel from London to Australia.

“Our largest source of emissions come from business travel, and there we have committed to cut our emissions intensity in half by 2025, compared to 2018,” BCG Chief Sustainability Officer David Webb said.

Australia Post, another Qantas partner, said it would use the credits to reduce its emissions from air freight at a time when SAF is not available in Australia.

Qantas said the more companies that join the programme, the more feasible and cost effective a local SAF industry would become.

The corporate sector interest could build momentum for the SAF industry to scale up given businesses account for around 20% of air travel globally and 30% in Europe, said Denise Auclair, corporate travel campaign manager at European non-governmental organisation Transport & Environment.

Only a limited number of airlines like Finnair (FIA1S.HE) and Scandinavia’s SAS (SAS.ST) allow individual customers such as leisure travellers to pay for SAF to reduce flight emissions.

Buying SAF is more costly than purchasing emissions offsets but experts say it can play a key role in reducing travel emissions alongside switches to video-conferencing and cleaner alternatives like rail.

Companies are paying a “green premium” when they purchase SAF given it costs around three to five times more than conventional jet fuel, said Sami Jauhiainen, vice president APAC at Neste’s renewable aviation business, the world’s largest, which offers a corporate buying programme.

Double claiming issues will become increasingly acute as more countries mandate a certain percentage of SAF blended in all aviation fuel, according to a World Economic Forum (WEF) white paper on SAF accounting and reporting guidelines released in October. France already has a 1% requirement, while the European Union will mandate 2% from 2025.

Amex GBT worked with Shell (SHEL.L) and Accenture (ACN.F) to create a block chain-based platform to ensure that certificates purchased by corporate customers are non-fungible in the biggest pilot of book and claim to date.

“This platform allows you to buy SAF and use any airline you’d like,” Amex GBT Chief Commercial Officer Drew Crawley said.