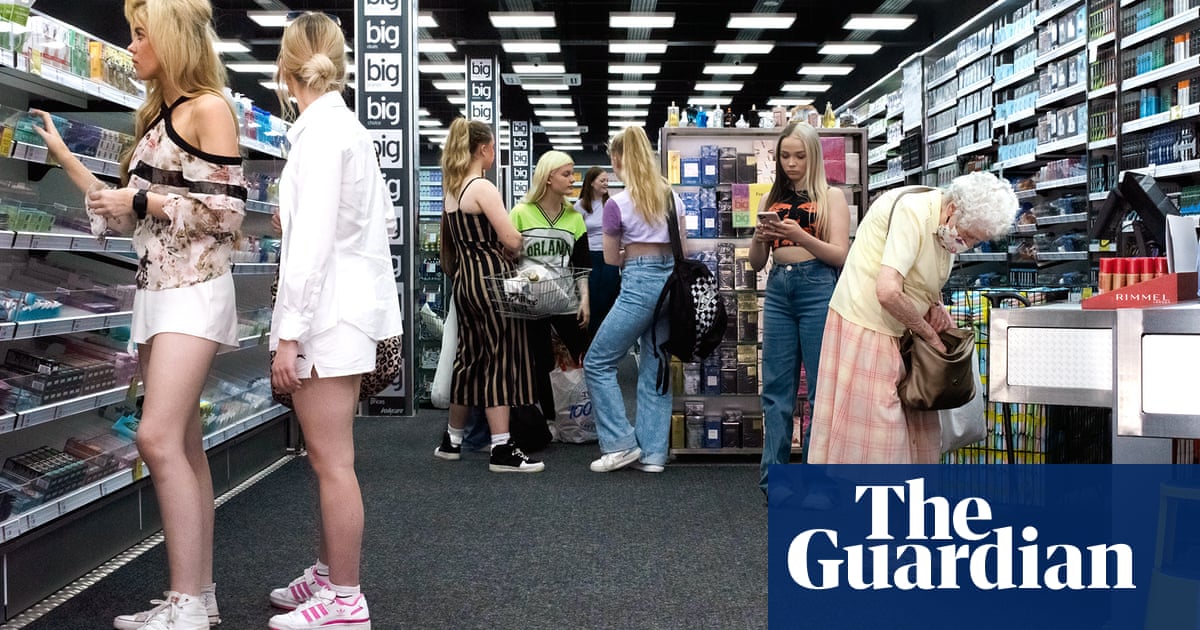 Hannah Starkey has been training her camera on everyday women for 25 years. Her photographs include dreaming girls, protesters and strident single mums. Whatever they are doing, they have a briefly glimpsed radiance that seems to set their whole environment aglow. These are works that quietly eulogise women and how they inhabit public space, so in the wake of #MeToo and debates about women’s safety, it seems a particularly apt moment for the Hepworth Wakefield to stage a survey. “One thing I’ve realised is that those questions are always pertinent,” says Starkey. “They get pushed back, and then a critical mass comes up again. Women are really tenacious.”

Although Starkey’s style resembles street photography, she doesn’t work on the hoof, capturing women going about their lives. While her images might originate in something she has seen, the works hover between documentary and fiction. The apparent fleeting moments are crafted, with locations and props carefully chosen. The women include friends and people she approaches on the street.

“I couldn’t just stick a camera in someone’s face: I thought that was really intrusive,” she says. “I needed a system where everyone was happy with the process and it wasn’t exploitative. I give someone my card and they go and think about the idea first.”

Starkey established herself with a 1997 graduate show at the Royal College of Art, in which she pioneered a female gaze. In one well-known image, a girl stares at herself in the mirror of a greasy spoon cafe, lost in private thoughts; in another, two revellers crash out in an empty bar, safe in each other’s protective orbit. Initially, though, she didn’t see women as her subject matter. “I thought I was talking about the human condition,” she says. “Because my photos only depicted women, they were perceived as specific to women. There was ghettoising, both of photography in the art world and women in society. That became a motivation for my whole career.”

Since then, the photographer’s interests have evolved with her life. “When I started out there was a very male idea that for a female artist to be successful she had to not have children,” she says. “It was really odd to think parenthood wouldn’t be an enriching process. What I learn from my two daughters I feed back into my work and vice versa. I never stop looking. I never switch off on these issues [just] because I have daughters.”

One recurring concern for her is a particularly marginalised figure: the single mother. “Mothers were a difficult call, in terms of subject matter,” she says. “Not cool or sexy, over there in the feminine department or something! But that’s exactly the reason to do it.” In Starkey’s images, mothers become literal pioneers, striding like urban cowgirls across snow, or standing strong in the sharp-edged concrete jungle, a baby on a hip.

Photographs of young women will bookend the exhibition, from those early photos made when she was close to her subjects’ age to her most recent commission from the Hepworth, featuring girls from Wakefield and staged in typical small-town teen hangouts: kebab shops, cinemas and beauty parlours. “The project was a natural way to go in and ask, ‘How’s it going?’” she says. “All my work is basically asking women, ‘How’s it going?’”

Untitled, 2022Starkey worked with teenagers in Wakefield, West Yorkshire, to create her most recent photographs. “I wanted to make pictures again that were really empathic, about the pleasures of photography and different concepts of beauty; how to see yourself in the world in a different way.”

Beauty Shop, 2022 (main image)In this photo, Starkey explores how “women from cradle to grave are co-opted by the beauty industry. It’s one of those cheap, never-ending plastic-bottle places. It’s all wrong: empty consumerism, the advertising that goes into convincing you that you need it.”

Portrait of a Young Mother in Exile, 2013Each of Starkey’s photos depicting mothers is conceived as a single work, rather than a series: “I’m interested in how one photograph can contain narrative and layers that keep you there for a long time. This depicts a mother in self-imposed exile and the experience of raising a child away from your motherland.”

Untitled, 2020“Sometimes pictures push their own way into being and the world presents you with opportunities. I saw this window in Westminster on the way back from the Black Lives Matter march. Then this amazing woman walked past me a few days later and I approached her. It was an ‘all in camera’ photo [not retouched later].”

Hannah Starkey is at the Hepworth Wakefield, to 30 April.