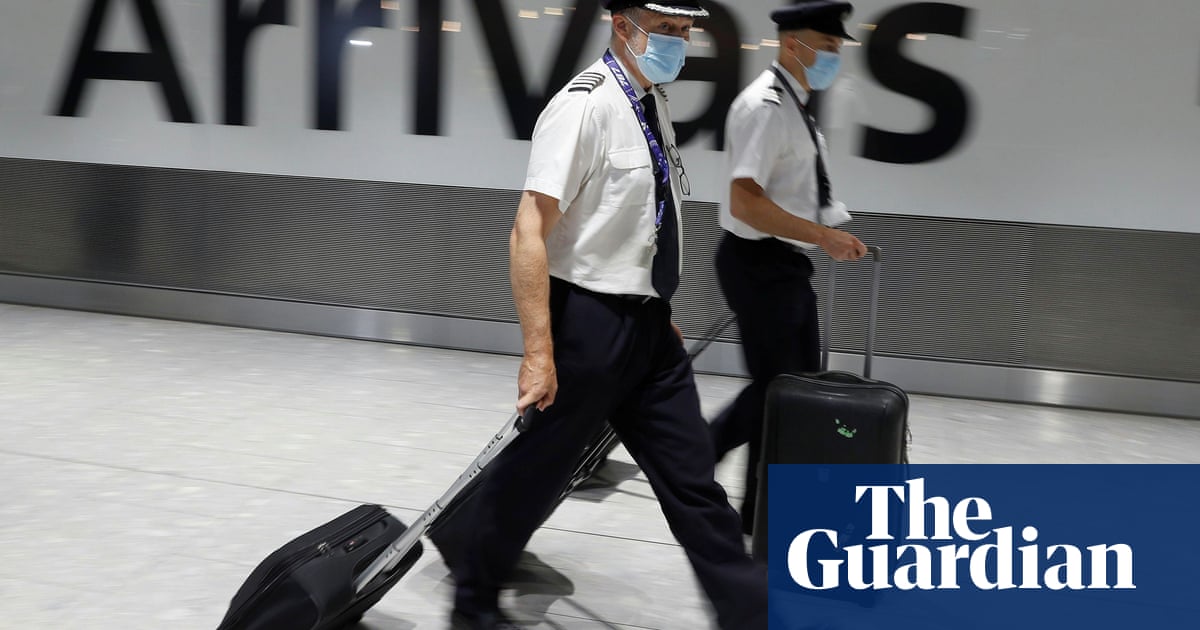 British Airways’ male pilots and cabin crew are to be allowed to have piercings and wear makeup for the first time, after the airline updated its guidelines with non-gender-specific rules.

All employees in uniform can wear mascara, false eyelashes and earrings from Monday, as well as carry accessories including handbags, an internal memo told staff.

Staff are urged to use “subtle shades” of makeup and aim for a “natural look”, according to the updated rules. Nail polish is permitted for all, although black and neon nails are still off-limits. “Man buns” will also be permitted under updated hair grooming rules. It follows similar moves by rivals, notably Virgin Atlantic, to update its policies to reflect the diversity of modern society.

The national carrier is also believed to be trying to update its image to reflect its branding campaign “a British original”, which it says is a celebration of the airline’s people, customers and the nation; it is also hoping to boost staff morale after the layoffs and pay cuts imposed during the pandemic.

BA said: “We are proud of all of our colleagues at British Airways and we are committed to an inclusive working environment.

“We have worked with our people to create updated guidelines for grooming, beauty and accessories, allowing our colleagues to bring the best, most authentic version of themselves to work every day.”

The carrier still insists on a greater level of restraint than rivals Virgin Atlantic, which recently said its staff could choose whichever uniform they prefer to wear, regardless of gender. BA’s insistence on retaining gender-specific uniforms for staff has not changed.

BA’s latest memo though tells staff to “be bold, be proud, be yourself”, adding that it hopes the guidelines will be “embraced by everyone regardless of gender, gender identity, ethnicity, background, culture, sexual identity, or otherwise”.

While BA has moved to keep in step with its UK rival, not all carriers worldwide are known to be as relaxed about gender fluidity and appearance. Qatar Airways, the major shareholder in British Airways, has long imposed strict working conditions and uniform rules on its flight attendants – “terminating” crew employment in the past and effectively forcing deportations for non-visible tattoos and other violations.

Qatar and BA last year have also established a large global joint route network, with increasing numbers of codeshare flights, and allowing frequent flyers to earn airmiles or points on each other’s flights.

Asked whether male pilots and crew wearing makeup and accessories would be welcomed on flights operating in and out of Doha, BA declined to comment further. Qatar Airways was contacted for comment.