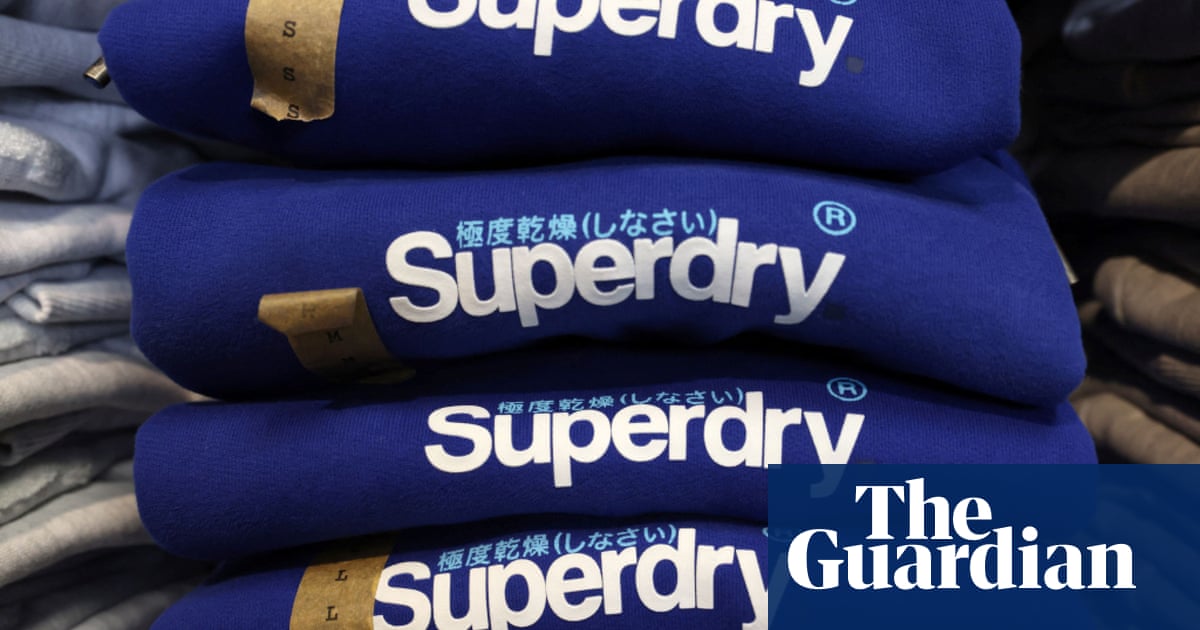 Superdry returns to profit despite talks on £70m debt pile

Superdry is in talks with its banks to renegotiate up to £70m of debt, the fashion retailer revealed on Friday, but investors shrugged off concerns to send shares soaring more than 14% as the co-founder Julian Dunkerton announced a return to profit.

Dunkerton said Superdry “was cool again”, with strong demand from the TikTok generation for items such as parachute pants and Afghan coats, as he revealed pre-tax profits of £18m, a bounceback from a loss of almost £37m a year before as sales rose almost 10% to £610m in the year to 30 April.

Sales in the 22 weeks after the year end rose 7%, but at a much-reduced profit margin, as the company chose to partly shield its shoppers from significant cost inflation.

Despite the strong trading, Superdry was forced to warn that “a material uncertainty exists” as to whether it would remain a going concern as it negotiates a new debt facility.

Management said they “remain cautious” about the near future in the face of a “challenging macroeconomic environment, high levels of inflation, and the potential impact of these on consumer spending patterns”.

Shaun Wills, Superdry’s chief financial officer, said he was “confident of a positive outcome” on renegotiating its debt. He said net debts currently amounted to less than £39m, and the company would not need the facility until next autumn when it was buying winter stock.

He said Superdry had to issue the going concern warning because of a “technicality” because of the timing of negotiations. “It’s incredibly frustrating,” he said. “We are having great conversations and expect that the next time we come to the market in six or seven weeks we will be able to say more.”

Dunkerton, who returned to run the company in 2019 after a dispute with the previous management, said Superdry was trading well despite having to put up prices by 5% year on year, with the switch to buying more fashion items closer to the season helping the brand pick up on trends.

He said the brand has also benefited from being more affordable.

He said consumers were also drawn by efforts to ensure half of the group’s items now had some element of improved sustainability, such as recycled fillings for padded coats or organic cotton.

“We are back in profit and back in growth and desirable. The TikTok generation is saying Superdry is cool again,” he said.