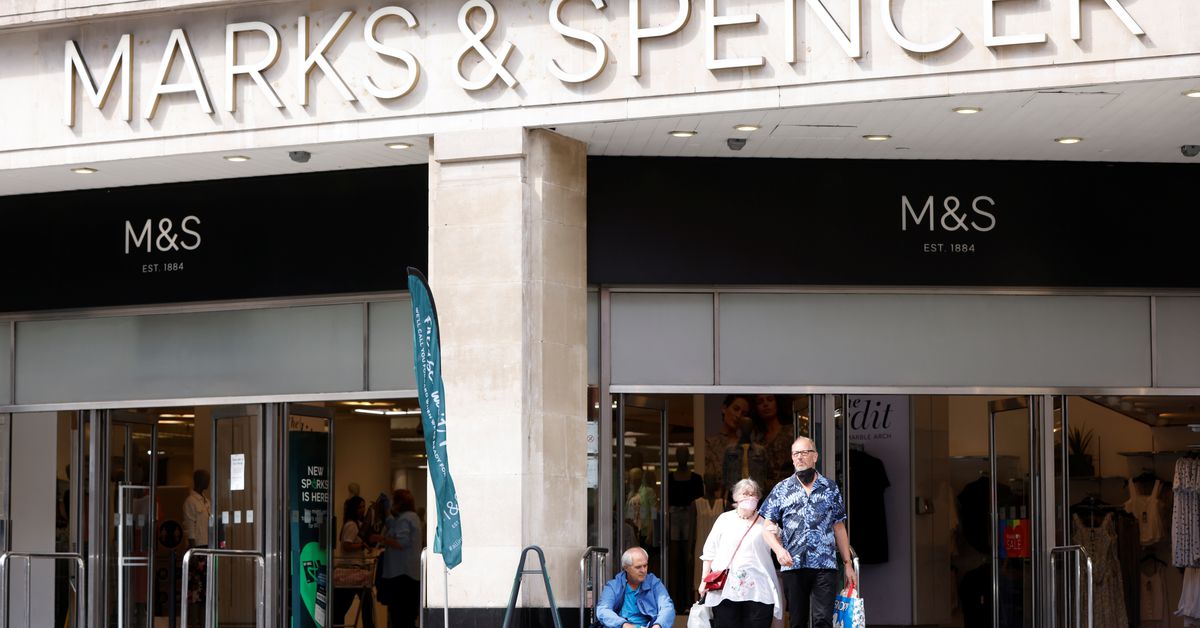 LONDON, Nov 9 (Reuters) – British consumers are trying to navigate the hit to their finances by spreading out the cost of Christmas, buying gifts early so they do not face a squeeze in December, clothing and food retailer Marks & Spencer (MKS.L) said on Wednesday.

Other retailers, including supermarket group Sainsbury’s (SBRY.L) and fashion chain Primark (ABF.L), have highlighted how Britons, desperate to still enjoy the festive season, have begun buying supplies and gifts early, aware that soaring inflation is eating into their monthly disposable income.

“Customers are telling us that they do want to protect Christmas, they are looking to trade into more value categories,” M&S Chief Executive Stuart Machin told reporters, after it reported half-year results.

Britons have been hit this year by rising energy bills, higher mortgages and rents, plus record food inflation, leaving many with little or no cash left at the end of each month.

Machin also noted a trend of more eating at home as consumers look to save money by cutting down on restaurant visits. “That is good news for our food business,” he said.

Katie Bickerstaffe, joint CEO, told reporters that its customers had already bought about 30% of their clothing and homewares Christmas gifts.

She said the clothing and home division was increasingly focusing on improving its value, with 70% of its gifts retailing for less than 20 pounds ($22.87).

“People are spreading their Christmas purchases across three or four pay days, rather than relying on cash that they have in hand in December,” George Weston, the CEO of Primark-owner Associated British Foods (ABF.L), told Reuters.

M&S said on Wednesday that although it was currently trading well, conditions for both it and consumers were deteriorating.

“The cost of doing business is going to get higher because of energy, it looks like the consumer’s going to be struggling with (the) continued cost of living crisis and also higher interest rates.”